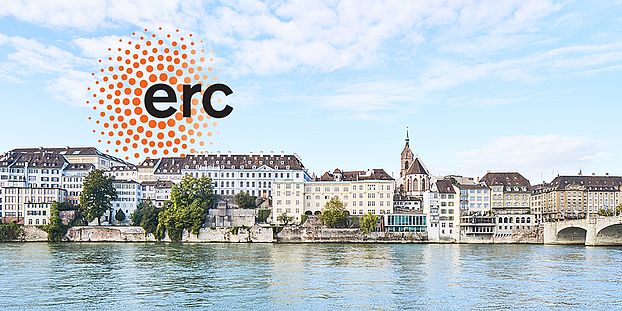 The European Research Council (ERC) today announced the recipients of this year’s ERC Consolidator Grants: A total of 327 applicants from all over Europe have been awarded this prestigious grant including Prof. Michael Nash from the Department of Chemistry.
With the Consolidator Grants, the ERC supports highly qualified young scientists with several years of research experience and a promising scientific track-record. They receive an average of around two million euros for their projects over a period of five years.

Directing nanoscale particles to adhere strongly to certain cells and tissues is a difficult biophysical problem and at the same time an interesting clinical prospect. Today, monoclonal antibodies are often used for this purpose, for example, to bind specifically to cancer cells and introduce a substance that causes the cell to die. However, antibodies are known to unbind at extremely low forces.

In his ERC-funded project, Professor Michael Nash wants to develop artificial binding proteins that form mechanically stable complexes with their target ligands. These could be used, for example, to deliver drugs in the form of nanoparticles as well as for medical imaging.

Michael Nash has been assistant professor since 2016 and associate professor for engineering of synthetic systems since 2021, as part of a dual professorship with ETH Zurich. In 2016, he was awarded a Starting Grant by the ERC.