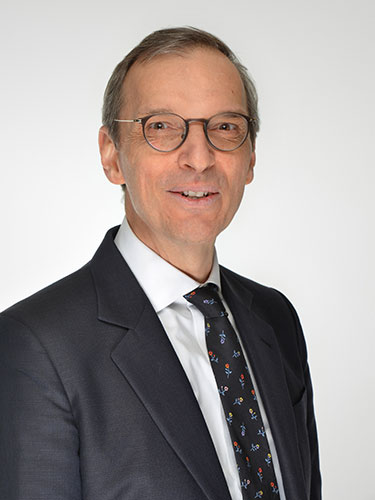 Thomas Ward, professor of bioinorganic chemistry at the University of Basel and director of the NCCR Molecular Systems Engineering receives the 2021 ACS Catalysis Lectureship for the Advancement of Catalytic Science for his development of artificial metalloenzymes for biocatalysis and synthetic biology.

The ACS Catalysis Lectureship for the Advancement of Catalytic Science annually recognizes ground-breaking research in catalysis by an individual or team over the past seven years that have strengthened the connections between catalysis disciplines and had a profound effect on catalysis as a whole.

Thomas Ward pioneered the development of artificial metalloenzymes (ArMs) for organic synthesis by merging organometallic catalysis with enzymatic catalysis. Over the years, Thomas Ward created and evolved ArMs for fourteen different water-compatible transformations. More recently, and funded by an ERC advanced grant, Thomas Ward has introduced ArMs in living cells. This has the potential to greatly expand applications of ArMs for biocatalysis and synthetic biology. The cross-disciplinary approach of his research truly exemplifies the blurring of boundaries across fields ranging from chemistry to biology to engineer ArMs for organic synthesis both in vitro and in vivo.